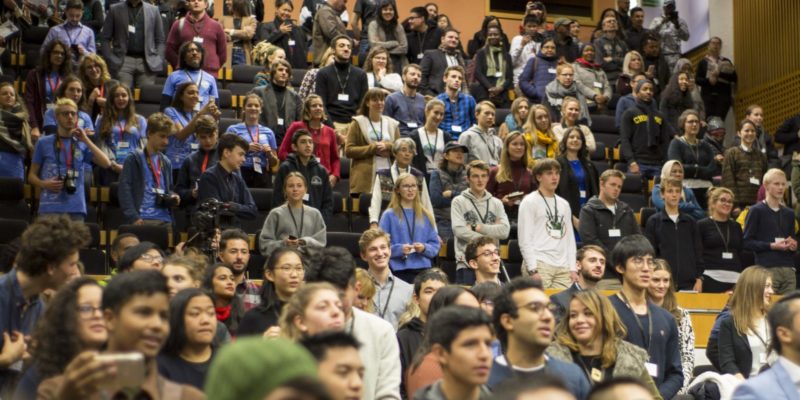 In the run up to COP26, Leeds PhD student Anne Sietsma tells us why the Global Conference of Youth (COY) is so important, and how you can get your voice heard at COP26.

Over the last few weeks, everyone in the climate change world has been frantically preparing for COP26, the United Nations climate summit.

World leaders from President Biden to the Queen and from Turkish President Erdogan to David Attenborough have said they will travel up to Glasgow. Australia’s prime minister, Scott Morrisson, took some convincing but even he has confirmed his attendance.

After all, they stand to lose the most from climate change.

Part of the answer is that young people are represented by YOUNGO, the official youth constituency. YOUNGO delegates can speak during the negotiations and are helping to organise a whole day at COP on “Youth and public empowerment”.

There are not that many spaces for YOUNGO delegates though. Most young people who want to have their voices heard will have to do so by joining protests or at the Global Conference of Youth (COY).

COY happens every year right before COP. It brings together young climate activists from all over the world to discuss, learn from each other and strengthen the global climate movement.

COY hosts a series of workshops, lectures and debates. In addition, the COY team also invites opinions from global youth to help to write the Global Youth Statement. The statement summarizes the demands of young people and is used by the YOUNGO negotiators at COP itself.

This year, COY16 is taking place 28-31 October in Glasgow, Scotland.

After a year of alarming reports on the urgency of the climate crisis, the COP negotiations could be a turning point for climate action: either act now or risk climate catastrophe. Young people need to be more vocal than ever in demanding ambitious climate action.

At the same time, for many people it is still difficult to travel. That is why COY16 is in part taking place online. Places for the in-person event are already taken, but everyone under 35 can join this virtual part.

To join the conversation and take part in workshops, go to coy16.live and see what’s happening. If you just want to stay up to date, don’t worry, COY of course has a Twitter, Facebook and Instagram. Or simply visit the website to learn more. Anne Sietsma is a PhD student at the University of Leeds. He is working on creating a global overview of climate change adaptation efforts using machine learning. By using computers to analyse big datasets, he hopes to develop a more comprehensive, transparent and timely method to assess progress towards the Paris Agreement. He is also coordinator at the Conference of Youth (COY). You can find out more about his work and his hopes for COP26, alongside the rest of the University of Leeds COP26 delegation here.